How you can stop e-mail from taking over your life: 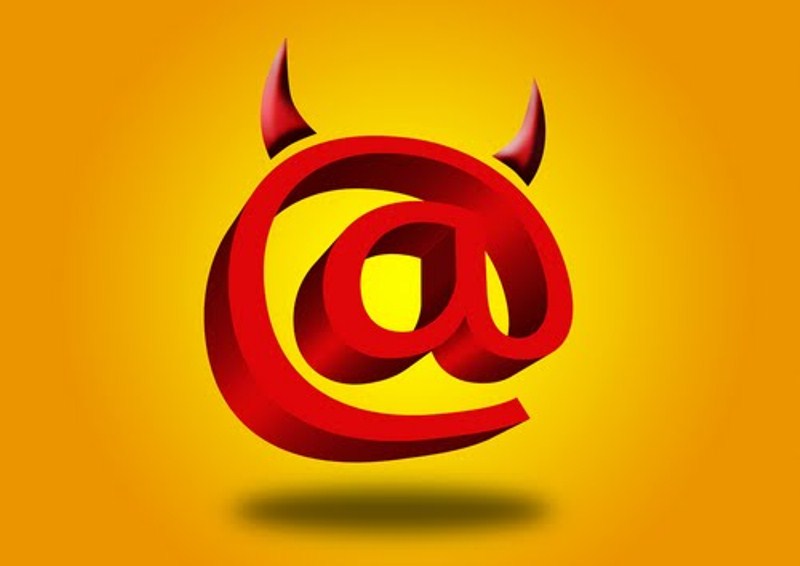 We send, and receive, a lot of email.

The Downside of Email

All forms of communication are not created equal. E-mail does a terrible job of conveying emotions:

According to the survey in the Journal of Personality and Social Psychology, we misunderstand the tone of e-mails 50 percent of the time…

Too much time at the keyboard and not enough time with people may reduce the ability to read nonverbal signals, to judge the intent of others and influence them:

With 55% of person-to-person communication being nonverbal (tone of voice, inflection), overreliance on computer-based interactions may hamper an individual’s ability to judge intent and influence others, Mullen suggests.

Steven Johnson suggests that by stripping away the emotional information in faces and intonation, email and text messaging might be simulating autism.

…when you look at most electronic communication through the lens of neuroscience, it’s hard not to think that autism might be a more appropriate “poster condition” for the digital society. (The cultural critic Harvey Blume made this argument nearly a decade ago.) When we interact with other humans via communication channels that are stripped of facial expressions and gestures and laughter, we are unwittingly simulating the blank emotional radar of the mindblind.

Communicating via email (vs. face-to-face) makes people less cooperative and makes them feel more justified in being noncooperative:

Two empirical studies are presented that explore how and why e-mail communication (versus face-to-face communication) influences cooperation in mixed motive group contexts. Results indicate that, relative to those engaging in face-to-face interaction, those who interacted via e-mail were (1) less cooperative and (2) felt more justified in being noncooperative. Feelings of justification mediated the relationship between communication media and the decision to cooperate or not.

Basically, too much communication via e-mail can turn you into a jerk.

Stress Up, Intelligence Down

Email stresses us out:

A new study released Thursday by the University of California, Irvine, which was co-written with United States Army researchers, found that people who do not look at e-mail on a regular basis at work are less stressed and more productive.

“We were able to get second-by-second stress levels from our tests and we found that over the five-day period away from e-mail, people’s stress levels went down compared with when they were using e-mails,” Ms. Mark said.

Constant e-mails and texts have the effect of reducing mental ability by an average of about 10 IQ points. For men, it’s about three times the effect of smoking marijuana.

A study done at the University of London found that constant emailing and text-messaging reduces mental capability by an average of ten points on an IQ test. It was five points for women, and fifteen points for men. This effect is similar to missing a night’s sleep. For men, it’s around three times more than the effect of smoking cannabis. While this fact might make an interesting dinner party topic, it’s really not that amusing that one of the most common “productivity tools” can make one as dumb as a stoner.

Spam alone wastes 20 hours of your life every year.

On a bigger note, too much e-mail time can make you unhappy. We frequently use technology like email to replace relationships. This is bad.

Technology can increase happiness and improve relationships if you leverage it to connect with other people face-to-face.

Below are three great methods. I personally use the first two. The third is a going-nuclear option for those who are beyond the point of no return.

Turn off all notifications on your desktop and mobile email clients. Set it up so you can send email without automatically checking.

Then designate 2 or 3 times a day when you’ll look at and respond to email. And stick to those.

There is a psychological switching of gears that can require up to 45 minutes to resume a major task that has been interrupted. More than a quarter of each 9-5 period (28%) is consumed by such interruptions. This is true of all recurring tasks and is precisely why we have already decided to check e-mail and phone calls twice per day at specific predetermined times (between which we let them accumulate).

Get that inbox empty and keep it empty using this system. The creator of the method, Merlin Mann, explains it best in this video:

Are you so hopelessly behind that you can’t even imagine catching up? Well, if you need a nuclear option, this is it.

Declare e-mail bankruptcy: Send a bulk email saying you’re going to do a reset. You’re sorry but you can’t and won’t be replying to all the emails clogging your inbox. Then archive everything.

Yes, there will be pain. And the reset will generate a lot of new e-mail. But for many this is the only way to start fresh.

Don’t be embarrassed — some of the internet’s luminaries have had to resort to it:

E-mail bankruptcy is the communication subprime mortgage crisis of our era. Ironically, among the first to declare this were the internet visionaries, such as Lawrence Lessig, founder of the Stanford Law School Center for Internet and Society, who believes that computer code will or can regulate our world as legal code has done for the other realms of life. “Dear person who sent me a yet-unanswered e-mail, I apologize but I am declaring e-mail bankruptcy…“

After the bankruptcy is the single best time to implement inbox zero, simply because you will (at least briefly) have an empty inbox. You should also designate your batch times.

What else can you do to claw back precious hours from the digital gremlins?