Are top experts more likely to be introverts? 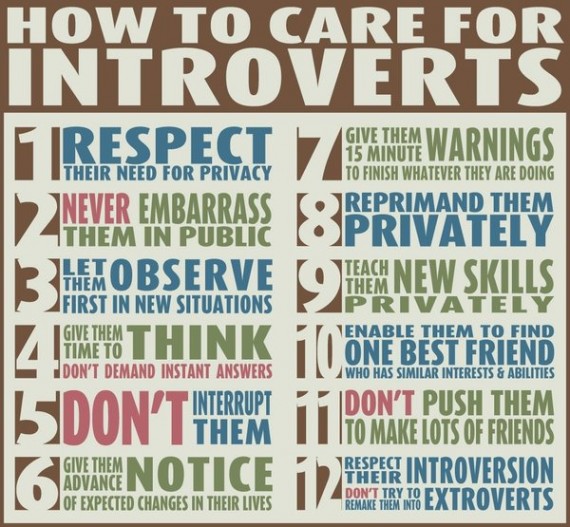 Deliberate Practice can only really be performed alone so the more comfortable you are with solitude the faster you can become an expert.

Teens who are too gregarious to spend time alone often fail to cultivate their talents “because practicing music or studying math requires a solitude they dread.”

…They found a striking difference among the groups. All three groups spent the same amount of time— over fifty hours a week— participating in music-related activities. All three had similar classroom requirements making demands on their time. But the two best groups spent most of their music-related time practicing in solitude: 24.3 hours a week, or 3.5 hours a day, for the best group, compared with only 9.3 hours a week, or 1.3 hours a day, for the worst group. The best violinists rated “practice alone” as the most important of all their music-related activities. Elite musicians— even those who perform in groups— describe practice sessions with their chamber group as “leisure” compared with solo practice, where the real work gets done.

Ericsson and his cohorts found similar effects of solitude when they studied other kinds of expert performers. “Serious study alone” is the strongest predictor of skill for tournament-rated chess players, for example; grandmasters typically spend a whopping five thousand hours— almost five times as many hours as intermediate-level players— studying the game by themselves during their first ten years of learning to play. College students who tend to study alone learn more over time than those who work in groups. Even elite athletes in team sports often spend unusual amounts of time in solitary practice.

What’s so magical about solitude? In many fields, Ericsson told me, it’s only when you’re alone that you can engage in Deliberate Practice, which he has identified as the key to exceptional achievement. When you practice deliberately, you identify the tasks or knowledge that are just out of your reach, strive to upgrade your performance, monitor your progress, and revise accordingly. Practice sessions that fall short of this standard are not only less useful— they’re counterproductive. They reinforce existing cognitive mechanisms instead of improving them.

Deliberate Practice is best conducted alone for several reasons. It takes intense concentration, and other people can be distracting. It requires deep motivation, often self-generated. But most important, it involves working on the task that’s most challenging to you personally. Only when you’re alone, Ericsson told me, can you “go directly to the part that’s challenging to you. If you want to improve what you’re doing, you have to be the one who generates the move. Imagine a group class— you’re the one generating the move only a small percentage of the time.”

5 steps to becoming an expert

What marks the transition from novice to expert?