Research Shows These Four Things Will Make You A Peak Performer 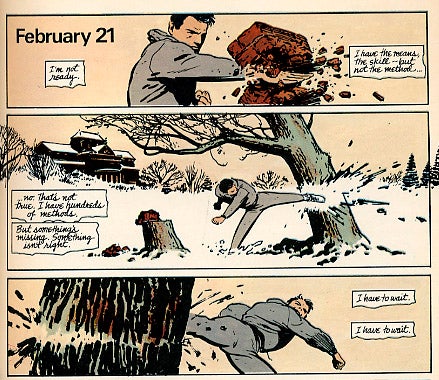 It’s all about the way you practice the skills key to the task at hand. Research has shown that “Deep Practice” (or Deliberate Practice) is how experts train. Here is the four parts to focus on:

1) Make your practice as similar to the real life scenario as possible.

“One real encounter, even for a few seconds, is far more useful than several hundred observations.” Bjork cites an by psychologist Henry Roediger at Washington University of St. Louis, where students were divided into two groups to study a natural history text. Group A studied the paper for four sessions. Group B studied only once but was tested three times. A week later both groups were tested, and Group B scored 50 percent higher than Group A. They’d studied one-fourth as much yet learned far more.

Practicing under the types of pressures you will face on the big testing day is one of the best ways to combat choking… During the initial shooting practice, all of the officers missed more shots when firing at a live opponent compared with firing at the stationary cardboard targets. Not so surprising. This was true after training as well, but only for those officers whose practice had been limited to the cardboard cutouts. For those officers who practiced shooting at an opponent, after training they were just as good shots when aiming at the live individuals as they were when aiming at the stationary cutouts. The opportunity to “practice under the gun” of an opponent, so to speak, really helped to hone the police officers’ shots for more real-life stressful shooting situations.

Testing yourself is far better than just reviewing.

Good decision making is about compressing the informational load by decoding the meaning of patterns derived from experience. This cannot be taught in a classroom; it is not something you are born with; it must be lived and learned.

Testing yourself is the best way to learn — even if you fail the tests.

3) Practice is not just repetition.

Be ruthlessly critical and keep trying to improve on the constituent elements of the skill.

Deliberate practice is characterized by several elements, each worth examining. It is activity designed specifically to improve performance, often with a teacher’s help; it can be repeated a lot; feedback on results is continuously available; it’s highly demanding mentally, whether the activity is purely intellectual, such as chess or business-related activities, or heavily physical, such as sports; and it isn’t much fun.

“Our predictions were extremely accurate,” Zimmerman said. “This showed that experts practice differently and far more strategically. When they fail, they don’t blame it on luck or themselves. They have a strategy they can fix.”

When most people practice, they focus on the things they can do effortlessly,” Ericsson has said. “Expert practice is different. It entails considerable, specific, and sustained efforts to do something you can’t do well—or even at all. Research across domains shows that it is only by working at what you can’t do that you turn into the expert you want to become.”

A negative attitude, not a positive attitude, makes you more likely to learn from your mistakes. In fact, the shift to focusing on negative feedback is one of the marks of an expert mindset.

And when the big day comes, make sure you know the methods to resist choking under pressure.