Is it more effective to punish the bad or reward the good? 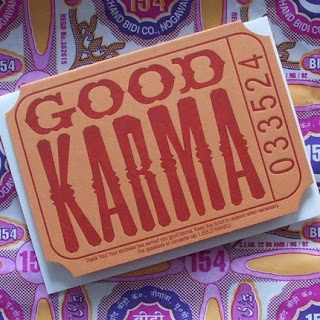 “…youth recidivism was reduced from 60% to 8%. Overall crime was reduced by 40%. Youth crime was cut in half. And it cost one-tenth of the traditional judicial system.”

For years, the Royal Canadian Mounted Police (RCMP) detachment in Richmond, Canada ran like any other law enforcement bureaucracy and experienced similar results: recidivism or reoffending rates ran at around 60%, and they were experiencing spiraling rates of youth crime. This forward-thinking Canadian detachment, led by a young, new superintendent, Ward Clapham, challenged the core assumptions of the policing system itself. He noticed that the vast majority of police work was reactive. He asked: “Could we design a system that encouraged people to not commit crime in the first place?” Indeed, their strategic intent was a clever play on words: “Take No Prisoners.”

Their approach was to try to catch youth doing the right things and give them a Positive Ticket. The ticket granted the recipient free entry to the movies or to a local youth center. They gave out an average of 40,000 tickets per year. That is three times the number of negative tickets over the same period. As it turns out, and unbeknownst to Clapham, that ratio (2.9 positive affects to 1 negative affect, to be precise) is called the Losada Line. It is the minimum ratio of positive to negatives that has to exist for a team to flourish. On higher-performing teams (and marriages for that matter) the ratio jumps to 5:1. But does it hold true in policing?

According to Clapham, youth recidivism was reduced from 60% to 8%. Overall crime was reduced by 40%. Youth crime was cut in half. And it cost one-tenth of the traditional judicial system.

You just committed murder. What should you do now?

Which of the seven deadly sins do men and women confess to the most?

Is 5-to-1 the golden ratio for both work and romantic relationships?