What’s an easy way to make sure you don’t overeat? 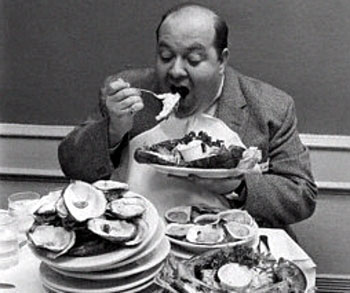 Variety may be the spice of life, but it’s not the spice of staying in shape. The wider a variety of foods at a meal, the more we eat:

Source: “Number of foods available at a meal determines the amount consumed” from Eating Behaviors