How can you quickly and easily make someone act more kind? 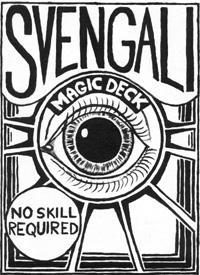 I’ve posted a number of times before on the power of mimicry to influence others (here, here, here.)

This study is interesting because it demonstrates that mimicry doesn’t work by only building a bond between the two involved, it makes the person who is mimicked feel better and act nicer to everyone.

Recent studies have shown that mimicry occurs unintentionally and even among strangers. In the present studies, we investigated the consequences of this automatic phenomenon in order to learn more about the adaptive function it serves. In three studies, we consistently found that mimicry increases pro-social behavior. Participants who had been mimicked were more helpful and generous toward other people than were non-mimicked participants. These beneficial consequences of mimicry were not restricted to behavior directed toward the mimicker, but included behavior directed toward people not directly involved in the mimicry situation. These results suggest that the effects of mimicry are not simply due to increased liking for the mimicker, but are due to increased prosocial orientation in general.